This intense, action-packed novel kept me up, turning the page until the end. Kudos to the author. Excellent pacing as the suspense deepened. I connected with the heroine immediately and wanted to help in her dilemma.

Christina (Christy) O’Malley, a prisoner in her own home, suspects someone murdered her sister. She grabs Ellie, her five-year-old daughter, and escapes in the snowy weather. Christy suspects someone murdered her sister, and she and her daughter are next. She races to her car. Someone starts shooting. The only person she can trust is Sam Burkholder, Ellie’s father. Only, Sam doesn’t know he is a dad.

Sam Burkholder receives a call at his dad’s place of business from someone who says she is his wife. Sam is stunned after six years in his Amish home and not one word from Christy. What would this do to his status in the Amish church with his parents? He had questions that needed answers. Something must be wrong for her to contact him. He decides to meet her where they’d met when they were young and rebellious teenagers. They’d engaged in a marriage ceremony, but there was no proof of their marriage.

The action doesn’t stop. Everywhere Christy hides, someone finds her. Readers will not be disappointed in this novel. Amish Christmas Escape will keep them on their toes. 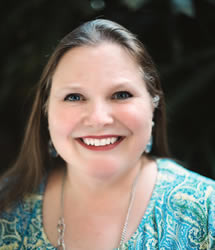 Dana R. Lynn grew up in Illinois. She met her husband at a wedding and told her parents she had met her future husband. Nineteen months later, they were married. Today, they live in rural Pennsylvania with their three teenaged children and enough pets to open a petting zoo. She is a teacher of the Deaf and Hard of Hearing by day and writes stories of romance and danger at night. She believes in the power of God to touch people through stories. Her books have been on the Publishers Weekly Best Sellers lists. She has been a Holt Medallion finalist, a Selah finalist, and a New England Readers Choice finalist and Award winner. She is represented by Tamela Hancock Murray of the Steve Laube Agency. She is an avid reader, loves cats, and thinks chocolate should be a food group. She enjoys engaging with readers and can be found on social media or contacted via her website www.danarlynn.com.